In the previous part I described the beginnings of building Line Management and the challenges associated with it. I called it the Feedback Era, because its quality and the consequences arising from it are absolutely crucial for further steps.

It took us at least a few iterations (about one year) to learn how to collect it and give it, and assign the right form to it as well as to pass it on to mentees, in a comprehensible way. In the meantime some things have changed. For example, some LMs did not want to use the feedback template containing tables with the proposed categories of competences such as communication skills, technical knowledge, etc. They wanted to describe feedback in their own way, because it was easier for them to put their thoughts on paper. This behaviour clearly showed that we are going in the right direction. First of all: it means that LMs understood that feedback is not a goal in itself, but merely a means to achieve the goal of developing the mentee and achieving the company’s long-term goals. It’s just a tool, which I have already mentioned in the previous post. And not everyone wants to work using the same tools. One person prefers a bullet point table, another person a list of quotes with comments, and someone else prefers a form of novel with elements of humour. And that’s all right. The manifestation of own invention means that this is not a reproductive work and confirms the commitment.

And finally, the most important thing is for the mentee to understand it properly and to draw the appropriate conclusions. Secondly, proposing changes by the LMs to the feedback template showed that the entire LM system will change. It must change and evolve to keep up with what employees’ need. And at that moment we were just discovering it. The flexible approach to the framework and principles that we introduced at the very beginning has become very important in the context of meeting the needs of Line Managers.

„The more you know, the more there is to know and it continues to increase.”
– F. Scott Fitzgerald

Around that time more and more LMs reported that they would like to improve their competences in this role. Sharing negative news is difficult – how to do it so that nobody is demotivated? What to do if feedback is repeated and no changes are seen despite the goals and actions defined? What should you focus on when working with junior employees and what with senior employees? What tools can be used to assess whether goals have been achieved? These are all very wise questions, showing that the machine has started to accelerate.

The above questions had to be answered. Some of them are relatively simple, like suggesting the S.M.A.R.T. concept to define goals or using the sandwich method for negative feedback. Others are so difficult that there is no clear answer to them, and the only one that comes to mind is “it depends.” There was an idea that someone from the outside would help us. Someone with a different perspective, fresh perspective and experience in similar undertakings. And this is how the personal/professional development trainer appeared. Of course, it was first necessary to explain to her why we want to do it and what we want to achieve. Onoy after we felt mutual understanding did we start acting. We organised workshops in small groups to confront the trainer’s knowledge and experience with our problems and expectations. We learnt about new tools, a handful of trainer’s tips resulting from long-term experience and we had the opportunity to talk. And this last thing, seemingly trivial, was very necessary. The greatest value of the workshops was that the LMs could exchange experiences with each other. They had the opportunity to ask others if they had a similar problem and possibly how they dealt with it, and if necessary work it out in a group together with the trainer. This was missing before and it had to be changed. Since then, we organise meetings only for Line Managers every few months, during which we summarise the last period, talk about problems that have arisen and together we think about what needs to be changed so that we can work even more effectively. We do it on our own, without external support. These meetings result in written procedures/tips for various situations. This way, we create a knowledge base that greatly facilitates the work of both current and new Line Managers.

Another verification mechanism for Line Management was a survey that took place a few months later. As part of this survey, each employee was asked about their Line Manager. Feedback for the sake of feedback. The survey results contained several repetitive elements, one of which definitely outgrown the other: too few meetings, too few conversations. Almost everyone asked about what they would like to change in their relationship with LM replied that he would like to have more opportunities to talk. After a deeper analysis of the issue, it turned out that in some cases the conversation takes place once a quarter – on the occasion of providing feedback. This approach could not be effective. It completely contradicted what I wrote in an earlier post, i.e. building a relationship based on’ trust and mutual understanding. This cannot be achieved without regular meetings and discussing the most important aspects on a regular basis. Despite the fact that Antologic guarantees each of the LMs time at work for such meetings to take place (and rewards them accordingly if time after work is needed), this problem has never been solved completely. The reason is very simple: engaged in current daily work, we forget to go from time to time to ask for a short conversation, even if there was no specific reason for it. Some people even said that such conversations often take place, for example, over coffee in social rooms. This is great because it certainly helps build relationships. However, these are not conditions for an honest conversation in which statements may not necessarily be made to someone else. For a honest conversation, you need a sense of comfort and safety. You need to reserve a room in the office or find another place that meets these conditions, e.g. go to dinner together outside the company. And this requires spending time and thinking about the issue, even for a moment. And the projects are the most important. At least some people seem to think so. And here we return to the subject of organisational culture. The company DNA must include the conviction that as an employee I am not defined by the number of lines of code I will write or the income generated by the project in which I participate.

Everything I do, all my behavior has a direct or indirect impact on my environment, including other people. The value for the company of the intellectual contribution to the development of others is difficult to measure, but undeniable. And for this to really happen, organisation leaders must constantly emphasise and nurture this element. This can be compared to a situation in which a young and zealous employee does not want to spend time on boring meetings, and instead, they want to get to work immediately, for example, to writing code. But at this boring meeting (from his perspective), real business value is discussed, where the working code is only a digital representation. Such meetings save time for the entire team by discussing the expectations of stakeholders in detail and confronting different opinions. Time spent at this meeting is not lost because it results in greater team effectiveness. Just like the time spent talking to the mentee will result in his/her development and increasing the company’s value. An organisation is a system of connected vessels. In our case, Line Management has become the company’s nervous and immune system. Information flows through the right channels of such systems. The systems are the first to react to external and internal stimuli. At the same time, they play a huge role in the development of the company and its scaling. It is thanks to the systems that we can increase the number of employees, without fear of losing our identity. It is thanks to the systems that we know what our people need. Being heard is one of them. Soon, we will see more. 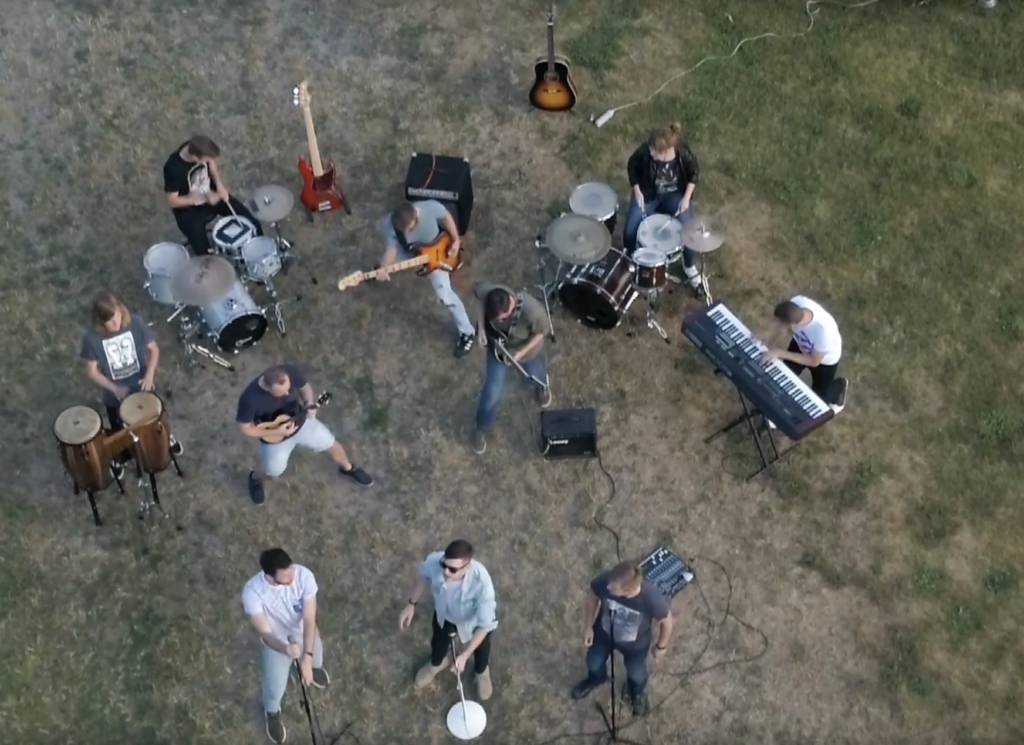 Everyone at Antologic is passionate about travelling